Let me start by saying that especially these days, marriage and children do not have to go hand in hand but I am writing this blog from my own experience. The title could say just as easily “relationships and children” but as it was our wedding anniversary this week I am talking about marriage.

Yep, hubby and I celebrated our 8th wedding anniversary this week (woo hoo!) and none of our plans went ahead. We had lined up a baby sitter (thank you mum and dad!) and they were even going to mind the children overnight so we could go away for a day or two (such luxury!!!). But when the local lockdown was announced in the Greater Manchester area (where I live) then all plans were off, sadly.

Though we have been promised a reschedule mini break I can't help but feel sad it’s had to be postponed (yes, I know coronavirus is bad still but I’m allowed to be upset!). Regardless of our plans happening or not, it was still our wedding anniversary on Tuesday and we were determined to celebrate it somehow.

Each year we try and do something to celebrate our anniversary which is connected to the suggested “gift” of that said year but rather than buying something for each other, we go on an experience together instead. We found the list on Wikipedia when we arranged to celebrate our first year (paper, by the way) and we have almost stuck to it ever since. So here’s the rundown of our previous anniversaries:

We actually found a paper mill and arranged a tour! You may be thinking that this isn't the most exciting way to spend an anniversary, but it was actually more interesting than I thought. The process of making paper is fascinating. We combined this with lunch at the next door “paper mill” pub and thus our first anniversary was a success. 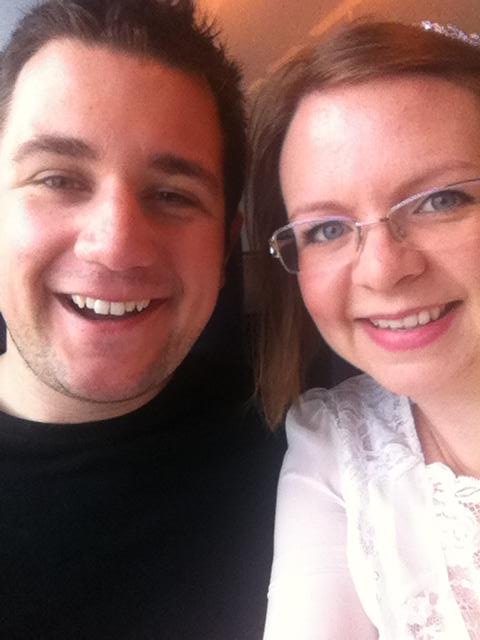 This year we happened to be in Las Vegas on holiday. It actually proved harder than we thought to come up with an activity around cotton. So we settled with a cocktail at a bar which was made out of cotton candy. (gettit?!). I know we call it candy floss over here but hey ho, it fitted!

(Get your mind out of the gutter!) Again, we were actually on holiday, this time in Rome, Italy. We tried very hard again to think of some kind of leather activity. We looked up maybe watching leather handbags be made, or how they made shoes. We even tried to book a “gladiator” experience (they wore alot of leather) but the tickets were sold out (bad planning on our part!). So in the end, we did cheat. On the day of our anniversary we got up super super early and headed for Vatican City. We toured St Peter's Basilica and the Vatican museum before all the crowds got there (big recommend by the way, worth the early morning). And in honour of our leather anniversary? We bought a leather key tag. (Yes I know we cheated! it‘s not meant to be anything physical!). We did find a “library” restaurant (leather -bound books!) which turned out to be a vegetarian restaurant, (which I do enjoy also) and the food was amazing!

Now this year I openly admit it was a cheat. I was about 26 weeks pregnant and we were attending our friends’ wedding which was the day after our anniversary. They got married in the same hotel we had our own wedding reception (they have great taste!). So for this year, I bought some “linen” candles and we stayed in the hotel the night of our anniversary, the night before their wedding…. In hotel linen… does it count?

Now we are entering the child-existing years I wonder if you’ll notice the difference. My parents kindly offered to babysit- we only had one child then- and we enjoyed TWO nights away with those same friends who got married the previous year. We will always be celebrating our anniversaries at the same time now (yay!). We went to a hotel in Cheltenham (about halfway between us two) and on our actual anniversary we went exploring in… wait for it… the woods! (totally counts right!)

It is so funny what happens in the years between anniversaries. When we celebrated the wood anniversary the previous year, baby 2 wasn’t even a twinkle in our eyes. But by the time we got to the Iron anniversary, we actually took our newborn with us! My parents kindly babysat Big T for us so that we could go to the Coalbrookdale Museum of Iron. As new baby was so little - literally a few weeks old - we took him with us. He was very content in the baby carrier as we wandered around the Museum, learning all about Iron and what you can do with it. The ticket also included the other sights in the area including Blists Hill Victorian Town (literally a town which has been made to look and feel like it was back in the Victorian times- the historian in me LOVED this and we have since gone back) and Enginuity museum. The Enginuity museum is a science and engineering museum and was another place we re-visted at a later date with the children because there is so many fun experiments you can do. I believe they are closed at the moment, but we would love to take the boys back when its re-opened. And we also visited the Iron Bridge (pictured below) although it was under going restoration works at the time, still awesome to see though.

Amazingly, when finding photos for this blog post, I couldn't find any of our trip to the Ironbridge Museum! No idea where they have gone sadly.

This year my parents kindly took the boys overnight meaning we could escape- I mean- enjoy a trip to the Snowdon region of Wales. We made the most of our one night away by leaving early in the morning of day 1 and getting back just before bedtime of day 2. We managed to cram alot of different activities in, one of which was exploring the Copper mines.

So for the past two years we have been back on track with experiences rather than physical gifts. This year the gift is “bronze” and we would normally have done something like go to a bronze age village or something else connected to the metal of bronze. But alas, not this year as anything I found is currently closed. So what did we do?

Hubby has this great idea of a link between something being third place, being bronze placed. So we went on trip advisor and looked up the third best restaurant in Manchester (our local city). The children were in nursery for most of the day, lunch was our only available window of child free time. According to Trip advisor at the time of our search, Gaucho steakhouse is the third best. Thankfully they were also taking part in the eat out to help out, which was great as our anniversary fell on a Tuesday and made the lunch even better. And my goodness, it was the best food we have had in a long long time. If you ever get the chance, I would definitely 100% recommend it, seriously delicious food. A part of me thought if Gaucho is the third best food, I can only imagine what the first place restaurant would have been like. That being said, I couldn't have been happier with our choice and I am amazed it actually only came third! It was a luxury to be able to eat a meal without the children too, I found I was able to savour each bite and really taste what I was eating! So it may not have been the anniversary we originally planned, but it was still quite a good one!

Looking ahead to next year, it’s Pottery. Send your suggestions now!

This circles me back to marriage and children. Part of the reason we do these anniversary experiences is that it is something we can do together. It is so important after a baby is born to try and make the time for each other. It doesn’t have to be exploring copper mines or wandering around the Vatican. It can be as simple as going for a walk, getting a babysitter and going for a meal (socially distance, etc etc etc as you know!). Or even turning off the TV and sitting together for an honest and open chat.

Hubby and I have had our moments for sure. But one thing we have always agreed on is to keep communication open and rather than bottle up how we feel. To speak openly about anything bothering us so we can resolve any issues together. I think this is true of any relationship but having children makes this harder to remember because you just are more physically tired and emotionally drained! After a toddler demanding your whole attention for a whole day and then a baby pulling on your leg, it IS hard to remember to be a couple too.

But in a way, being a parent and a partner means it's even more important to carve out the time as a couple. Albeit a games night at home over a deck of cards, or a trip to the cinema to see the latest film (when we can that is).

I would love to hear your suggestions for activities to do as a couple together? Or what you do to celebrate your anniversary each year?

The Beauty of Stillness